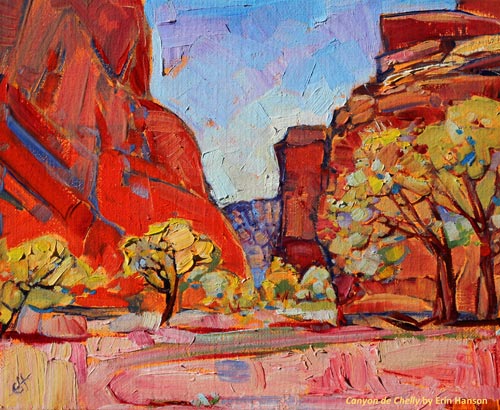 Saturday, September 17, 2016
A Feeling of Humanity: Western Art from the Ken Ratner Collection

10:00 a.m. – Forming the Feeling of Humanity: An Intimate Talk by Collector Ken Ratner

After 20 years of collecting the Ashcan School artists, Ratner felt the need to support the artists of today. In 2008, or so, he attended a Sotheby’s preview of important American paintings. There he came across two paintings by Gary Ernest Smith of western agrarian scenes that floored him. When he later learned of Smith’s comment that “art is a way of addressing humanity,” it heightened his interest in Smith and other western painters who had a humane response to their environment

Hanson is a Los Angeles-based artist whose works are in A Feeling of Humanity. She will make a powerpoint presentation on her painting style known as “Open-Impressionism.” The purpose of Open-Impressionism is to capture the true feeling of being out- doors, each painting more of an emotional work than a photographic representation. Fewer strokes is better in Open-Impressionism. Color choice is secondary. Texture and spontaneity are everything. Hanson’s painting at left, “Canyon de Chelly”, is the main promotional image for the exhibit.