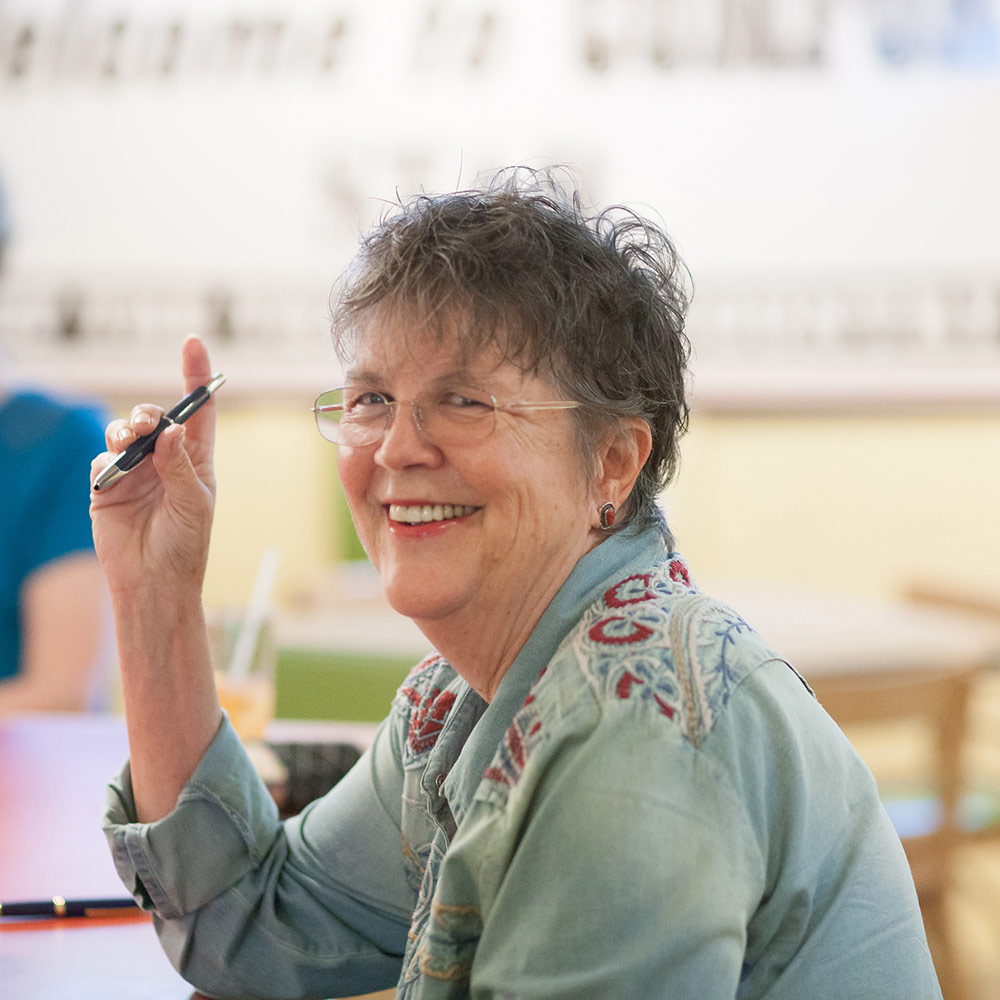 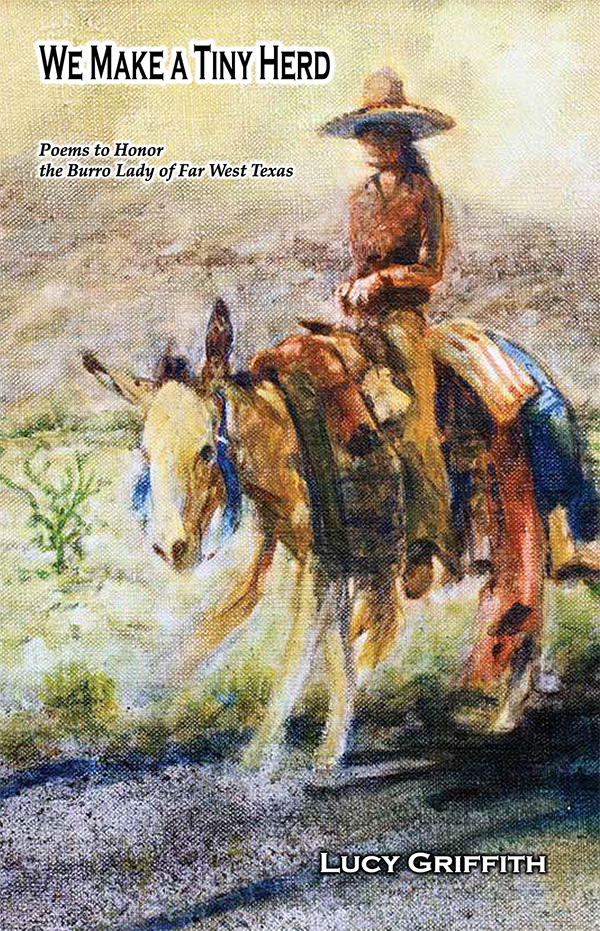 A reading and book signing by Lucy Griffith for We Make a Tiny Herd:Poems to Honor the Burro Lady of Far West Texas took place on Thursday, May 9, 2019 in the main gallery of the Museum of the Big Bend. Western artist Mike Capron, illustrator of We Make a Tiny Herd, was also present to share stories of his encounters with Judy.

Happiest on a tractor named Mabel (a muse of 55 horsepower) Lucy Griffith lives on a ranch beside the Guadalupe River near Comfort, Texas. As a poet and essayist, she has work in Bearing the Mask: Southwestern Persona Poems and Weaving the Terrain: 100-word Poems of the Southwest. She is co-editor of Echoes of the Cordillera: Attitudes and Latitudes Along the Great Divide, an ekphrastic anthology. She was a contributor at Bread Loaf Writer’s Conference in 2018.

Reviewers Remarks for We Make a Tiny Herd by Lucy Griffith

With sparkling diction sparse as the Far West Texas desert of her poems’ settings, Griffith captures the iconic essence of the late, fiercely independent Judy Magers, also affectionately known as “La Reina” or “Burro Lady,” who, for decades, with nothing but her loyal burro and what meager possessions she could carry on its back, traveled bar ditches, slept beneath the starry sky, and never used a tent or made a superfluous fire. What a story!
—Larry D. Thomas, Member, Texas Institute of Letters, 2008 Texas Poet Laureate

The Burro Lady of West Texas was diminutive in body but large in spirit, and in this powerful collection Lucy Griffith captures the full force of her voice, “full of a thousand sunsets and brimming with stars.” La Reina is the poet’s muse and mentor: “You/who rarely spoke/have taken my muffled voice and/made it boom.” Come along for the ride as Griffith tells the story of this fascinating but elusive woman. You won’t be disappointed.
—Lee Robinson, author of Hearsay, Winner of the Poets out Loud Prize

Lucy Griffith’s work grows out of a passionate love for our southern borderlands, and for their harsh and harshly beautiful landscape. These poems are a poignant lovesong to west Texas, and to the power of “a woman alone”—be it the nearly mythic figure of “The Burro Lady,” or Griffith herself, calling across the desert to “La Reina.”
—Patrick Phillips, author of Elegy for a Broken Machine 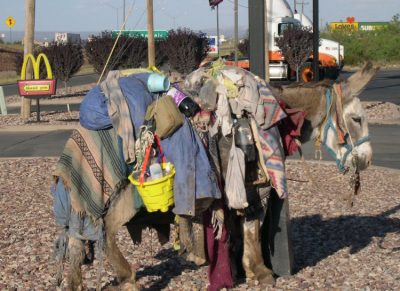