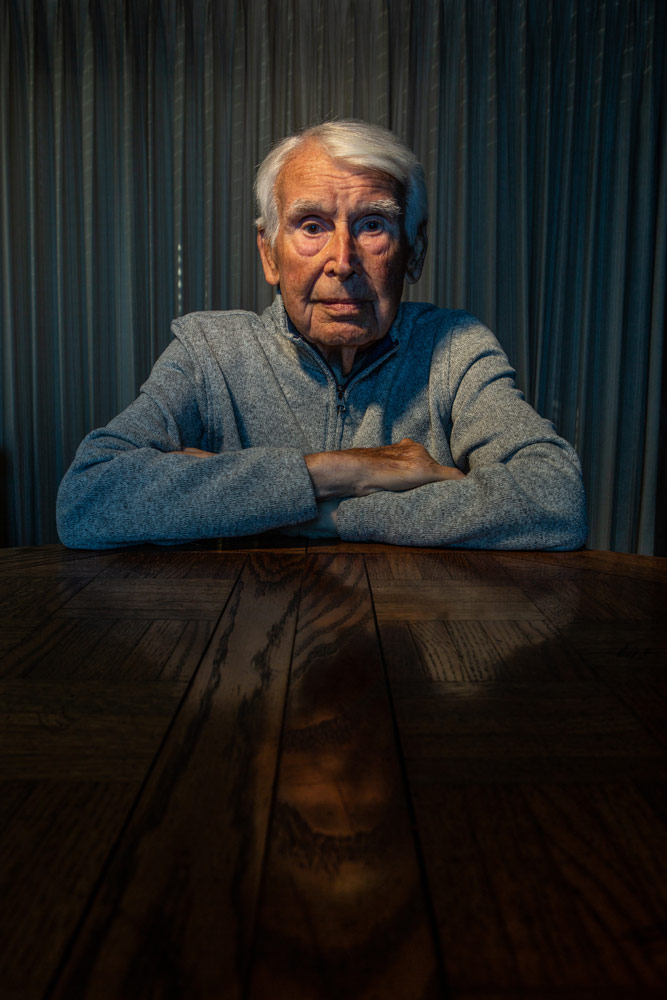 Two nights before, Private Masiel of the Free Polish Army had contemplated the equatorial sky and the amazing journey that had finally brought him to the west coast of Africa. Now he watched with horror as frenzied sharks attacked the oil covered survivors of the torpedoed troopship, Empress of Canada. Masiel had luckily landed in a lifeboat when he evacuated the stricken ship and had watched as the attacking submarine surfaced. He listened as the crew of the submarine called to ensure that the ship had been evacuated before it sent another torpedo to finally sink the Canadian ship. Masiel had thought nothing worse could happen than being adrift 200 miles off the coast. Now two days later, sharks were feasting on those survivors unlucky enough not to find a lifeboat with room. He knew he had been wrong— things were much worse.

Born in Lida, Poland on January 27, 1923, Stefan had grown up in a small town in the loving embrace of his middle-class parents as an only child until the birth of a sister, when he was ten. Stefan spent the summer months each year at an uncle’s farm, working with his cousins, but also playing and fishing in the river. During the school year he studied constantly in order to achieve his dream of attending the Polish Air Force Academy. For inspiration, he watched the Polish military aircraft flying from a nearby base and then would bend his eyes reluctantly back to his books. Stefan was well on his way to achieving his dream of flight when he won a scholarship to attend the upper level gymnasium that would lead to a seat at the Air Force Academy. Then in early September, 1939, his dream abruptly turned to a nightmare. Both the Germans and Soviets invaded Poland. The Polish Air Force evacuated to France and the United Kingdom, and the only aircraft he could see were Soviet. He knew he would never fly in that air force.

By September 15, the land surrounding his town had filled with Soviet soldiers, and their political officers took over his town, closing the schools, confiscating all the private stores, and arresting anyone they felt was a Polish nationalist. Although it was a difficult life, the Masiel family adjusted to Soviet occupation and learned to visit the official stores and then trade on the black market for the food and supplies needed for everyday life. Despite the invasion of his home, Stefan was still a happy teenager with dreams of a future free of the Soviets.

Late one night, a knock on his door ended any hope for his future. Arrested in May 1940 for belonging to a Polish patriotic association—the Boy Scouts, Stefan spent a month in an isolation cell at the local jail where he saw his mother through the window for the last time before moving to another, larger regional prison. Instead of isolation, he was in a large cell with many men from his hometown; mixed in were actual criminals. After months in prison, Stefan was convicted by a Communist tribunal in Moscow and sentenced to eight years penal servitude in Siberia where he would work for the state in near slave conditions.

Arriving in May 1941 after a year in captivity, Stefan was assigned light work because he was still so young, but the work was still dangerous, and the food and living conditions primitive. Soon after arriving in Siberia, however, Germany invaded both Soviet Poland and the Soviet Union itself, and Stefan was offered the opportunity to enlist in the reconstituted Polish Armed Forces. Stefan and three companions traveled to Afghanistan and then Tehran where they would be able to join the Polish forces being trained by the British. Stefan immediately asked to join the Polish Air Forces that were then in the United Kingdom but instead began training in the infantry as a sharpshooter from his new base in Palestine. His training carried him to Syria and Beirut, Lebanon where he was hospitalized for malaria before rejoining his unit in Mosul, Iraq. Preparing for his Polish division to enter combat in Italy, Private Masiel was abruptly plucked out of his training unit and sent to Karachi, Bombay and South Africa. Each leg of this trip took several weeks, but he was being transferred by available shipping to the United Kingdom to receive pilot training!

With literally the entire world at war, Masiel had yet to see combat. The only enemy forces he had seen were the Soviets, and they were now his allies. Masiel’s infantry unit was fighting in Italy, storming the heights of Monte Casino while he contemplated the Southern Cross from the blacked out upper decks of the Canadian Empress of Canada. Two hundred miles north of Sierra Leone in the equatorial waters of the Atlantic, Masiel felt the ship shudder, and the crash of water as a gaping hole appeared. Masiel had expected to be in ground combat and hoped to be in air combat, but he had never considered the possibility that he would be on the losing end of a naval engagement. Now, praying for rescue, he had seen the hopelessness of his situation which terrified him more than the enemy.

Rescued and recovered, Masiel spent time in Freetown, Sierra Leone until another ship arrived and finally delivered him to Liverpool, England where he was sworn into the Royal Air Force and began his aviation ground school training. Primary flight training was conducted in the De Havilland Tiger Moth. After 12 hours of flight in this old but maneuverable British bi-plane, Masiel flew his first solo flight and felt sheer elation as his childhood dream came true. Advanced flight training was conducted in the North American Harvard and final operational training in a double seated Spitfire. Masiel was assigned to No. 308 “City of Krakow” Squadron in time for the Normandy invasions.

No. 308 Squadron was assigned a fighter-bomber mission. Almost all Masiel’s wartime missions were flown at low level directly supporting the Allies in France and later in Germany. Some of his missions involved interdicting enemy transportation and logistics assets, still at extremely low levels and fast to avoid enemy groundfire. Masiel’s most memorable missions saw him providing cover for the Normandy invasion and attacking and destroying a moving train. Masiel and his squadron were supporting the Allied push into Germany when the war ended.

After the war, Masiel was placed into a Polish resettlement camp, but was not repatriated to Soviet-occupied Poland. Stefan met his wife Eileen while at the camp and soon obtained a position as a junior draftsman, eventually immigrating to Canada and ultimately the United States.

Masiel was a great believer in luck and coincidence and raised his two sons with the knowledge and understanding that he had led a lucky life, but that hard work and perseverance were as necessary for success as luck. Living in what he believed to be the “greatest country on earth,” Stefan felt lucky, but also credited his own efforts for the success he has experienced.