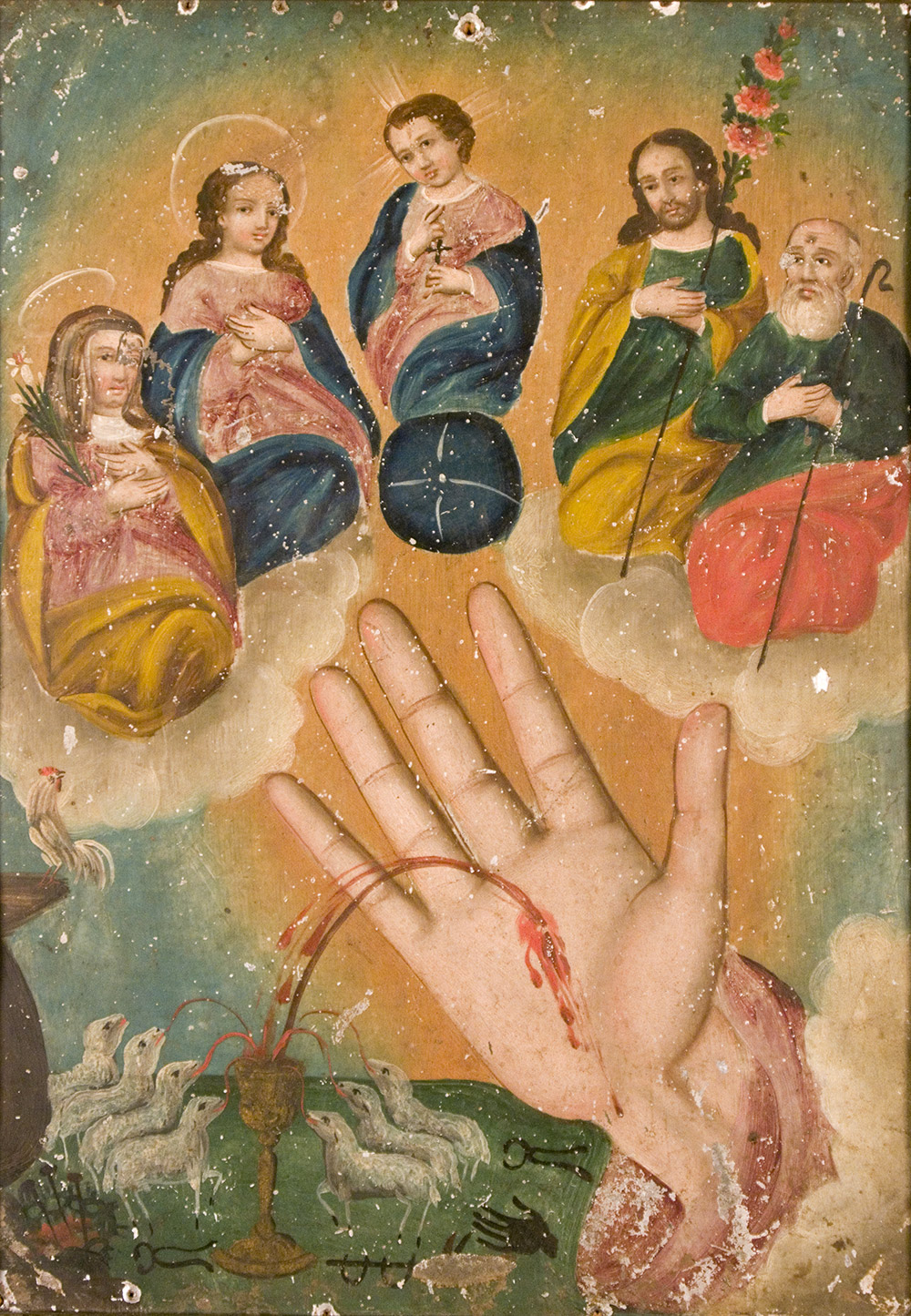 The Powerful Hand can depict the Holy Family, the instruments of the Passion, seven lambs symbolizing the seven sacraments and a hand which could be Christ’s, Saint Anna’s or the stigmata of Saint Francis. Traditionally, Christ is located in the center, near the index finger, where He holds a cross and rests upon the earthly world. To his immediate left sits St. Joseph in his traditional yellow and green garments and flowering staff. To the right of Christ is Mary in her blue cloak. Next to St. Joseph is Mary’s father, Joachim, and beside Mary is her mother, Anne. Anne may be carrying lilies to signify the purity of Mary’s conception. In Art and Faith in Mexico The Nineteenth-Century Retablo Tradition, the arrangement of these Bibical figures alludes to the “…the tree of Jesse/David to the ancestry or genealogy of Jesus, rather than specifically to the Virgin Mary and her family.” The hand is filling a chalice with blood from which the seven lambs drink, which clearly points to the Eucharist. In the foreground are instruments of the Passion: the pillar, the cock, pinchers, the black hand of the betrayer, shackle, and nails.

Some retablos emphasize the bleeding hand which fills the frame and draws the viewer’s eye. According to Art and Faith in Mexico The Nineteenth-Century Retablo Tradition, this would be of concern to the church because “…the church frowned on the cult of la mano poderosa because believers would focus on the hand rather than seeking protection from the five lords it symbolizes.”